ACS arranged to fly 130 tourists from Bali to Ternate on the Maluku Islands in Indonesia to witness the first rare total solar eclipse in the region for 33 years.https://aircharterservice-globalcontent-live.cphostaccess.com/images/news-images/eclipse_tcm36-34617.jpg 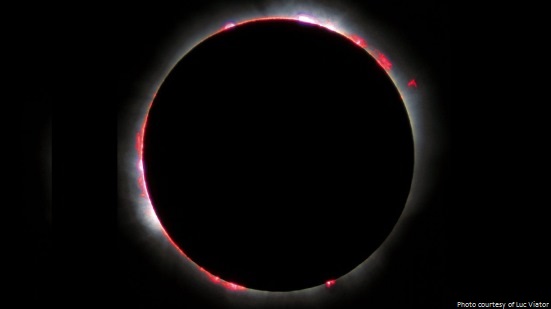 Leading aircraft charter specialist, Air Charter Service, arranged to fly 130 tourists from Bali to Ternate on the Maluku Islands in Indonesia to witness the first rare total solar eclipse in the region for 33 years, which happened at just before 10am local time this morning.

Matthew Purton, Group Commercial Jets Director at ACS, commented: â€œThe eclipse this morning was only visible at certain points in Indonesia, with the best land view from the Maluku Islands. We were contacted last April by a specialist astronomical company based in the UK, Intrepid Group, who wanted to lay on a flight for 130 stargazers to fly in to get the optimal viewing position. The only better place to see it from was in the middle of the ocean.

â€œWe flew the group out to Ternate on Monday, in preparation for today using an Indonesia AirAsia Airbus A320, with the astronomers flying back tomorrow. This is the first time that a total solar eclipse has happened in Indonesia since 1983, so there was a clamour to get to view the phenomenon. Whilst the eclipse lasted almost one and a half hours, the totality was only two and a half minutes and Iâ€™m told that it was breath-taking.â€