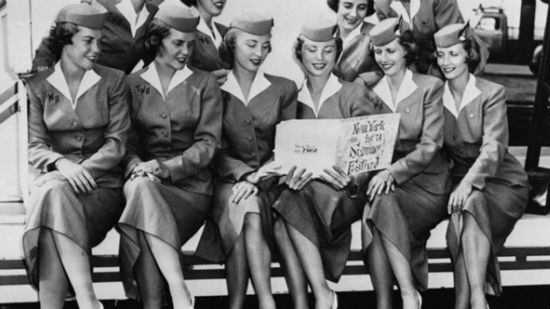 1. Private aviation and the wristwatch

Louis Cartier, the world-famous watchmaker and jewelry designer, loved private aviation. Among his friends was Brazilian pilot Alberto Santos-Dumont, who in 1904 came to Cartier with a problem: the aviator needed to check the time while flying, but fumbling in his waistcoat for his pocketwatch was distracting and unsafe. So Cartier attached a watch to a wrist strap for his friend, both popularizing the pocket watch and scoring the major coup of his career. Santos-Dumont, a major celebrity in Europe after winning the Deutsch de la Meurthe prize in 1901 for flying from the Parc Saint Cloud to the Eiffel Tower in Paris and back in under 30 minutes, wore the watch every time he flew and was often photographed wearing it by the papers. The public began clamoring for a watch like Santos-Dumont’s, so Cartier collaborated with French clockmaker Edmond Jaeger to mass-produce a Santos de Cartier wristwatch, which became Cartier’s best-selling design. From 1911 until today, the Santos de Cartier wristwatch can be found in every one of Cartier’s 300 stores across the globe.

2. US fighter pilots and the bomber jacket

In the early days of aviation, aircraft did not have closed cockpits. Because of this, early pilots were exposed to extreme conditions and needed clothes that were water-resistant, warm and windproof. While the earliest coats for pilots were long and made of leather, in the run-up to the Second World War the US military issued an innovative new kind of coat: the short body came with a fitted waistband, cuffs and a wrap-around collar to keep out wind, and was lined for extra warmth. Later versions had a blaze orange or ‘international orange’ lining, so the jacket could be worn inside-out by stranded pilots to increase their visibility to rescue missions. The “bomber jacket” has been a staple ever since, both in army kit and in men’s fashion, where it has been picked up by everyone from preppy college kids (in the 1950s) to skinheads (in the 1970s), to hip-hop artists (in the early 2000s).

As a child in Texas, aviator Amelia Earhart was a tomboy who shocked her grandmother by wearing “bloomers” (early pants) and shooting rats with a rifle. As a young woman she graduated to shocking everyone else; not only by learning to fly (and funding her lessons by working as a truck driver) but with her unmistakeable, androgynous style. Earhart wore sleek, tailored suits (which she sewed herself), cropped hair, and her signature suede jacket. Her tailored, gender-neutral style had an immediate and powerful effect on women’s fashion, influencing the “flapper” or “new woman” look. Vogue made the famed pilot a guest editor, and Hollywood style icon Katharine Hepburn played a character based on (and dressed like) Earhart in the 1933 movie Christopher Strong. In fact, so many women wanted to dress “like Amelia Earhart” that the enterprising aviator started her own fashion line, which was sold at urban department stores like Macy’s. Today Amelia Earhart is remembered not just as a pilot, author, and trailblazer, but as someone who redefined America’s image of a successful woman.

In the 1930s, pilots in the US Military often reported symptoms such as headaches or nausea caused by glare from the sun. So in 1936, military eyewear supplier Bausch & Lomb commissioned the design of new, sun-blocking glasses. These pilot’s glasses had dark lenses and were extra large to reduce glare. They came to be known as “Ray-Ban Aviators”, and proved so popular that they replaced traditional pilot goggles completely and started a fashion trend among civilians. In the 1950s and ’60s, Ray-Bans achieved fashion icon status when they were worn by James Dean in Rebel Without a Cause and Audrey Hepburn in Breakfast at Tiffany’s. Over the years, research at Bausch & Lomb (and later Ray-Ban, which was sold as a separate brand to the Luxottica Group of Italy in 1999) led to new features like gradient mirror lenses, with higher levels of coating on the top plane (to reduce sun exposure) than on the bottom (to allow pilots to see their instrument panel clearly).

In the 1930s, women first entered commercial aviation as flight attendants. These early stewardesses were registered nurses, and their uniform (white smocks, caps and flat shoes) was identical to nursing “scrubs”. But following World War II, as the jumbo jet’s popularity rose and ticket prices fell, air travel blossomed into a multinational business. The role of flight attendants became associated with glamor and fun, and airlines competed to have the best dressed stewardess. European fashion designers like Christian Dior and Cristóbal Balenciaga, and Hollywood costume designers like Oleg Cassini and Edith Head, turned their hands to stewardess uniforms. The flight attendant scarf – small, silky, and patterned – entered the stewardess’ wardrobe, where it still reigns supreme. In Femininity in Flight: A History of Flight Attendants, author Kathleen M. Barry writes that scarves were seen as stylish, youthful, and a “cheap way to accessorize and bring color to the very sober… suit-uniforms that became standard.” According to writer and former flight attendant Heather Poole, the scarves are also highly practical: “I’ve seen a scarf used as a lanyard, a belt, a sweatband, a ponytail holder, a napkin and a compression bandage,” Poole writes. The connection between these versatile items and high fashion remains intact. In recent years, flight attendant scarves have been designed by fashion houses including Dior, Marja Kurki and Hermès – and that’s just for Finnair!

If you want to combine high fashion and aviation, why not charter a private jet? ACS will handle all the arrangements, leaving you free to relax, work, or plan next season’s wardrobe.