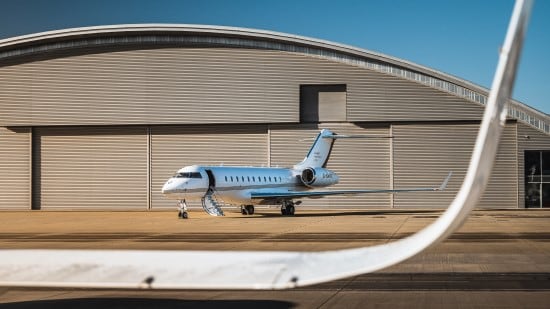 From the fabulous forties when butlers served passengers on the Pan Am Clipper, to the flying palaces known as executive airliners we have today, we take a look at just how much the private jet industry has changed.

The evolution of private jets

From the fabulous forties when butlers served passengers on the Pan Am Clipper, to the sixties when Dassault, Gulfstream and Embraer took flight with their first private jets, to the flying palaces known as executive airliners we have today, we take a look at just how much the private jet industry has changed and adapted to meet the standards expected in the current private aviation market.

The history of private jets is essentially the story of passenger aviation. Early aviation was a private affair because the first aircraft typically only had room for a pilot and a single passenger. These aircraft were usually leftover from World War I, and anyone wanting to catch a ride had to wear a helmet, goggles and warm clothing while ‘enjoying’ an open cockpit.

Aircraft with enclosed cabins and extra seats made their appearance towards the end of the 1920s, and by the 1930s rich businessmen were starting to use private aircraft to reach locations not serviced by commercial aircraft, or to overcome time-consuming road transport over long distances.

The forerunners of private jet travel included the two-seater Piper Cub, whose 65-horsepower engine could reach speeds of 85 miles per hour, the Cessna Airmaster, which could hold twice the number of passengers and travel at twice the speed, and the Beechcraft Model 18, with two 450-horsepower engines that could deliver cruising speeds of up to 220 miles an hour, and a cabin that could squeeze in up to nine passengers.

Despite its smaller stature and slower speed, it was the Piper Cub’s horizontally opposed four-cylinder engine that would shape modern light-plane design for years to come.

Piper, Cessna and Beechcraft continued to dominate the emerging light plane industry throughout this period and in the years that followed the Second World War. The early 1950s saw the growth of more recognisable features like compact radio communication, navigational equipment that allowed pilots to take off in bad weather, and more luxuriously-appointed pressurised cabins. Onboard lavatories also made a relieving appearance during this period.

The era of the business jet really commenced when the Lockheed JetStar took off with 10 passengers and two crew on the 4th of September 1957.

The next decade would see many future legends on their maiden flights, including the IAI Westwind (in January 1963, when it was launched as the Jet Commander), followed by the Dassault Falcon 20 a few months later, and the game-changing Learjet 23 later the same year. Gulfstream added size to speed with the Gulfstream II, the first in the Gulfstream Aerospace long-range family, while Cessna kept it light with the Citation I.

But what was fuelling their success? Before the 1960s it was largely businessmen who had the wealth to fly privately, it was also perceived as a practical way to get from A to B, rather than a fashion statement it portrays today.

In 1965 wildly popular singer Frank Sinatra had just taken delivery of a private jet – the Learjet 23. Ol’ Blue Eyes is courting Mia Farrow, who will soon become his third wife. They’ve already had one date, but for their second date, Sinatra is pulling out all the stops. He wants Miss Farrow to visit his home in Palm Springs, and offers to fly her there in his Learjet 23.

Farrow is impressed and less than a year later, the new Mrs Sinatra boards that very same aircraft for the pair’s honeymoon in the south of France.

Sinatra is something of a pioneer. Two years later he lends his jet to Elvis Presley, who is about to elope with 21-year-old Priscilla Beaulieu. The pair fly from Palm Springs to Vegas and back on the same day, proving that there’s no better plan than a private jet if you want to get something done discreetly and fast.

As the private jet was becoming more fashionable, the race to produce the best was heating up. In 1966, Gulfstream moved the goalposts with the spacious Gulfstream II. With a passenger capacity of up to 19, and a range of up to 4000 miles, it could get you and a small wedding party to the chapel on time.

In Brazil, Embraer gets in on the private jet act, with the Bandeirante Twin-Turboprop, and in 1970 Boeing ups the ante with the 747 VIP Private Jet. Cessna follows with the Citation 500 in 1971. It isn’t as fast as the Learjet, but it’s simple to fly, and set to become one of the most popular private aircraft for several decades.

The 1980s had little to offer private jet enthusiasts, largely due to a financial crash at the start of that decade that forced business jet manufacturers to modify existing designs rather than make massive investments in new, innovative aircraft.

Two aircraft broke the innovation drought in the 1990s – the Learjet 45 in 1995, and the Beechcraft Premier I three years later – but the private jet industry entered the 21st Century literally firing on all cylinders.

Embraer was the first out of the blocks. Unlike its competitors, which typically designed business jets first and then developed airliners from there, the Brazilian aerospace conglomerate turned things around by deriving the Legacy 600 from its family of airliners.

Within months of the Legacy 600 blasting into the sky with its Rolls-Royce AE 3007 engines, the mid-range Bombardier Challenger 300, previewed at the 1999 Paris Air Show, made its maiden flight. This sophisticated, transcontinental, high-performance private jet is a mainstay of the super mid-size category – a class that, in many ways, sets the bar for modern private jets. It features a large and comfortable interior cabin, one of the quietest in private aviation; can take off and land on short airfields, and reach speeds of up to Mach 0.82 even at high altitudes.

As the demand for private jet travel continued to grow, so did the private jet industry. Political instability and the 2007-2008 global financial crash slowed down delivery for about a decade, but there has been a number of landmark new designs in recent times.

High on the list of these are the Gulfstream G600 and Gulfstream G750, the Embraer Praetor 500/600, the Dassault Falcon 8X and the Bombardier Challenger 750. The Cessna Citation family has also grown with the CitationJet CJ4, Citation Hemisphere and a Citation Mustang keeping the legend alive. Sadly for Ol’ Blue Eyes, Bombardier has announced the end of the production of Learjet. The last of its kind, the Learjet 75, was delivered in 2022.

What was happening inside?

As private jet manufacturers raced to increase their cruising speeds and efficiency, cabin design was also quickly moving away from the days of Mia Farrow feeling cramped in the orange-trimmed interior of Sinatra’s Learjet 23.

In many ways, the luxurious appointments of private jet cabins recall the glamour of the 1940s when butlers served tuxedoed passengers on the earliest commercial airliners. While commercial air travel has become more accessible, and almost anyone can now enjoy indifferent service while dressed in their most comfortable outfit, private jet travel offers a return to glamour and luxury – only at much faster speeds and with onboard Wi-Fi.

Embraer is at the forefront of this quest for comfort and luxury. Its interior designers have been working on a power seat that will be able to accommodate you, the passenger, in up to 21 different ways.

The company’s vice-president of interior design, Jay Beever, has high ideals for the perfectly executed cabin. “The most important thing today is how to maximize ergonomics and craftsmanship,” he has said. “We call it a ‘butler with wings’ in that it serves its passengers information without them having to ask. We believe that a perfectly executed cabin should be like hidden zones of lingerie with pops of colour, like the bottom of a Louboutin shoe, or the inside of a Hugo Boss jacket.”

All this would’ve been very much to the taste of Frank Sinatra, who would have equally appreciated the evolution of in-flight entertainment on long flights. From the first in-flight film screening in 1925 (of silent film The Lost World on a flight out of London), to personal screens putting hundreds of films and games at passengers’ fingertips in the 21st Century, the way we entertain ourselves mid-air has undergone as much progress and innovation as the engines that propel our aircraft through the sky. Private jet charter flights continue to raise the bar, with Wi-Fi speeds that permit live streaming, and cabins roomy enough to bring gym equipment on board and work out while you travel.

To get your chance to fly on some of the most sophisticated and luxurious private aircraft currently on the market, and experience some of the finest private jet services available on the market today, why not contact your local Air Charter Service office about chartering a private jet.

How to charter a private jet

Why charter a VIP executive airliner?